I love craft and cooking! I especially love making gifts for people, as there is nothing more satisfying then the delight on their face when they see the work you've put in to create something just for them. As it was my good friend's birthday last week, and I ran out of time to sew something for her (which is what I usually would have done), I decided to cook for her instead! I just searched for "gifts" on the recipe community and was amazed at the selection of recipes to choose from. In the end, I decided on Blueberry and Cherry Spiced Jam (it was supposed to be rhubarb instead of cherry, but I couldn't get a hold of any on the day, so used cherries instead!), Balsamic Glaze (I was given a commercial version of this for my last birthday, and it was delicious... now I know how easy it is to make too!), Snow Balls (A nut based biscuit that looks very rustic and fancy), and Dukkah (which I tweaked a little to use up nuts i already had at home!

As well as these delightful treats, I made a loaf of 'Life Changing Bread', a recipe I had found on My New Roots, and was dying to try! I cut up a few slices and wrapped them up in cellophane to put with the other homemade goodies.

All in all I would say it was a hugely successful birthday present! My friend was absolutely delighted... and impressed that I would spend 'so much time' making these things for her. Little does she know how easy it is in a Thermomix!! He he he! 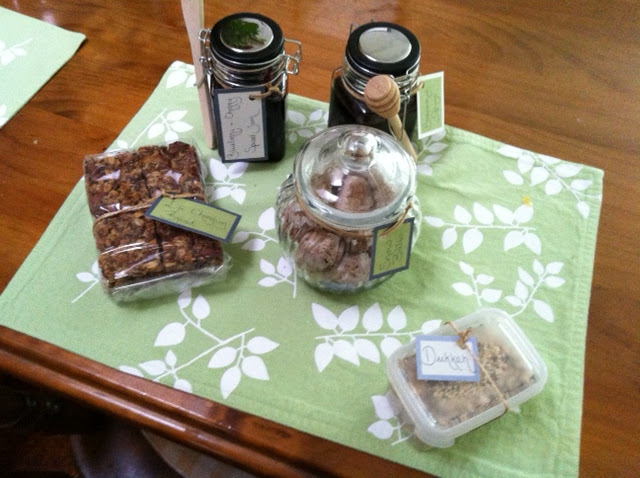 Sausage rolls... chicken nuggets... tomato sauce....NAUGHTY! Right? Well, not if you make them yourself in your Thermomix! I was so pleased to find this recipe for Chicken Nuggets on the Recipe Community. They look like chicken nuggets, are very tasty, AND packed full of vegies, making them a wonderful lunch for my 18 month old daughter! Hooray! 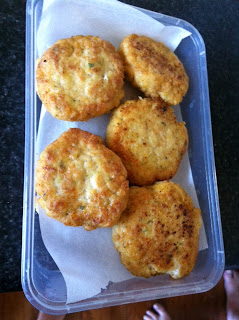 But what about tomato sauce? It's usually a contraband item in our house, especially for the baby! But thanks to some amazing cooks out there, I found a fabulous recipe on Foodie Mum that uses tin tomatoes (which is wonderful since I didn't have enough tomatoes on hand) and is sweetened with dates and prunes! I was quite happy to feed this to my baby girl, knowing exactly what was in it... and by looking at it and the taste, you wouldn't know the difference! 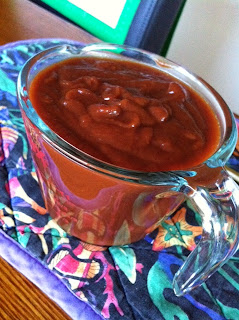 So the other week, a friend of mine who recently bought a Thermomix asked me to help her convert some recipes. While I have not done a lot of this myself yet, I love experimenting, so I was up for the challenge!

If you're looking at converting recipes for your Thermomix, my advice is use a Thermomix recipe as your guide. For example, this particular day we were converting Lasagne and Shepherds Pie. All I did was used the Lasagne recipe in the Every Day Cookbook as a guide for chopping speeds and cooking times... and viola... delicious converted recipes! 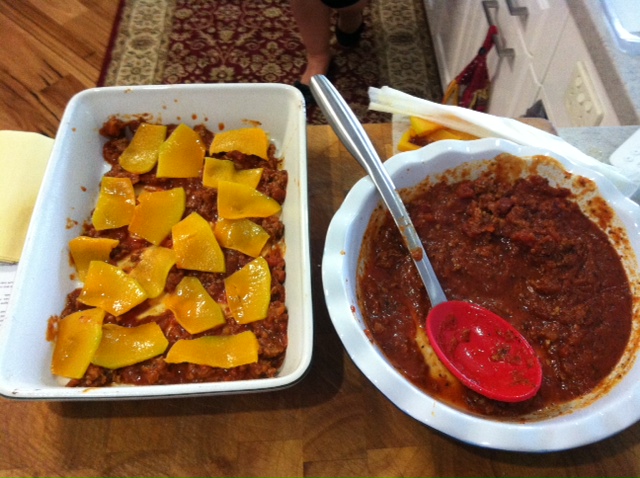 For more information on recipe converting, head to Quirky Cooking.
Posted by Unknown at 15:30 No comments:

So there is a new recipe out for Thermomix demonstrations... it's called a Veloute, and can be made with either Salmon or Chicken. It is super healthy as it is packed full of vegies! In fact the only other ingredients besides the protein and vegies are salt, dijon mustard and creme fresh!!!! And... I added a sneaky little ingredient just for extra punch... verjuice! VERY delicious. 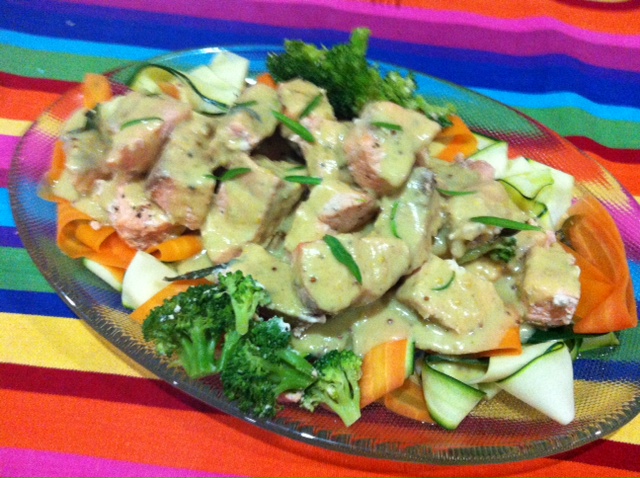 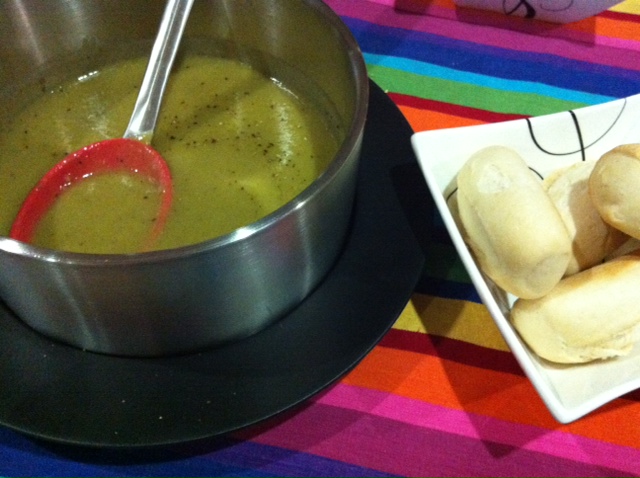 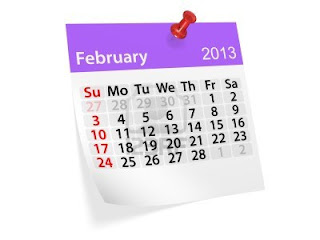 My name is Katy, and I'm from Brisbane, Australia. I am married to a wonderful Chinese man, and have a beautiful 18 month old daughter.

Tomorrow I am starting a new journey in my life... a Thermomix journey! I have been training to become a consultant for the past month, and will officially start tomorrow 1st Feburary, 2013!!! I'm excited and nervous all at the same time!!

The purpose of this blog is to share my recipes, tips and update you all on the wonderful world of Thermomix.  As I travel on my journey, I hope to help those of you who already own a Thermomix to get the most out of it by trying different recipes and sharing ideas. And for those of you who don't own one... hopefully this blog will inspire you to save your pennies and get one!